As like every year, this January saw the gates open to the largest B2B music trade fair, which regularly takes place in Anaheim, California. The National Association of Music Merchants, more commonly known as NAMM, has consistently connected manufacturers, merchants, and artists alike with the goal to present hot product innovations that are set to define future trends in the music industry over the coming year. And for the first time, we were part of it! Our goal wasn’t easy – to ensure our American partners became familiar with our values in the area of aural qualities, workmanship precision, and innovation. 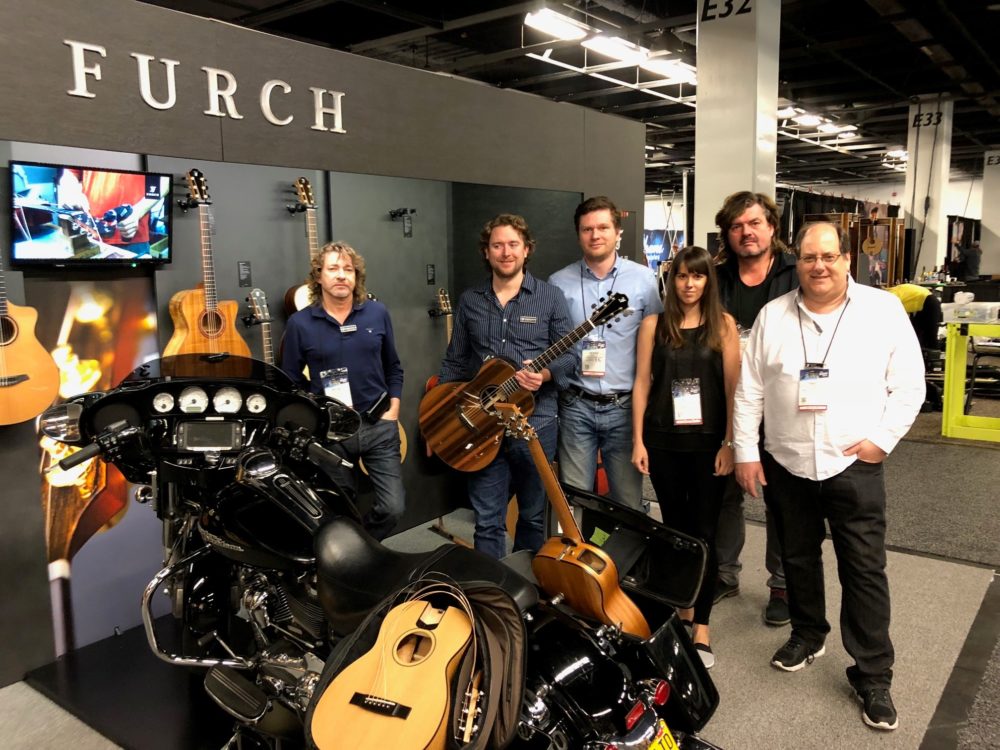 Over the four days, we had the pleasure of meeting interesting people from the ranks of local and foreign dealers and distributors, presenting our colourful portfolio of acoustic guitars, including our special Rainbow custom series. Another thing to draw a lot of attention was the Little Jane travel guitar, finished in the Harley Davidson motorcycle theme. It was the very model that stood at the genesis of this guitar, which bears the name of the daughter of founder František Furch. In the past, František had searched for a way to transport his guitar on a motorcycle without putting himself or the guitar at risk of harm. His efforts resulted in a compact, yet uncompromising instrument with a detachable neck and headstock.

Entertainment was provided by our American artists, Adrian Bellue and Trevor Gordon Hall, who put on a great performance and had the audience at fever point. The individual days would conclude with a prize draw for one of three Blue series acoustic guitars. A especially good performance was also put on by the last of the winners, who was not actually present for the draw. However, he did not hesitate to run three kilometres to get his hands on the prize before proceeding to play it. 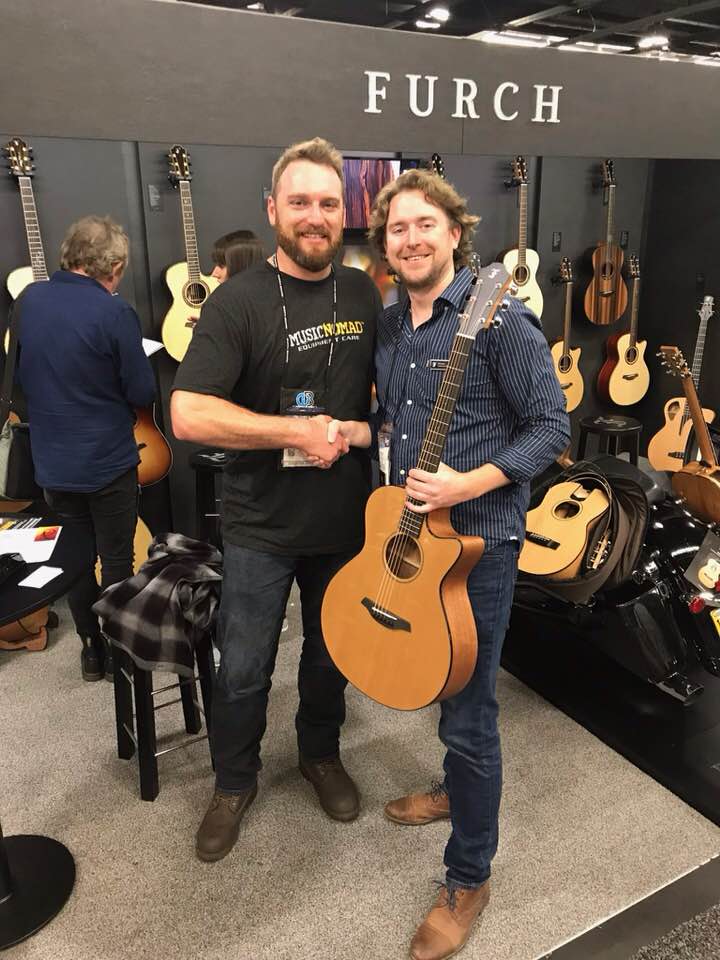 This year’s NAMM, which was our first, brought about many positive impressions and interesting encounters, and we can’t wait for another one!

If you agree to the use of all cookies (technical, analytical and advertising), click on the button below "I accept all". If you only want to accept or reject some cookies by category, click the button below "Detailed settings". You can change your cookie settings at any time.

These cookies are necessary for the proper functioning of our website, so it is not possible to disable them. You can set your browser to block these cookies. We warn you that in such a case some parts of the website will not work.